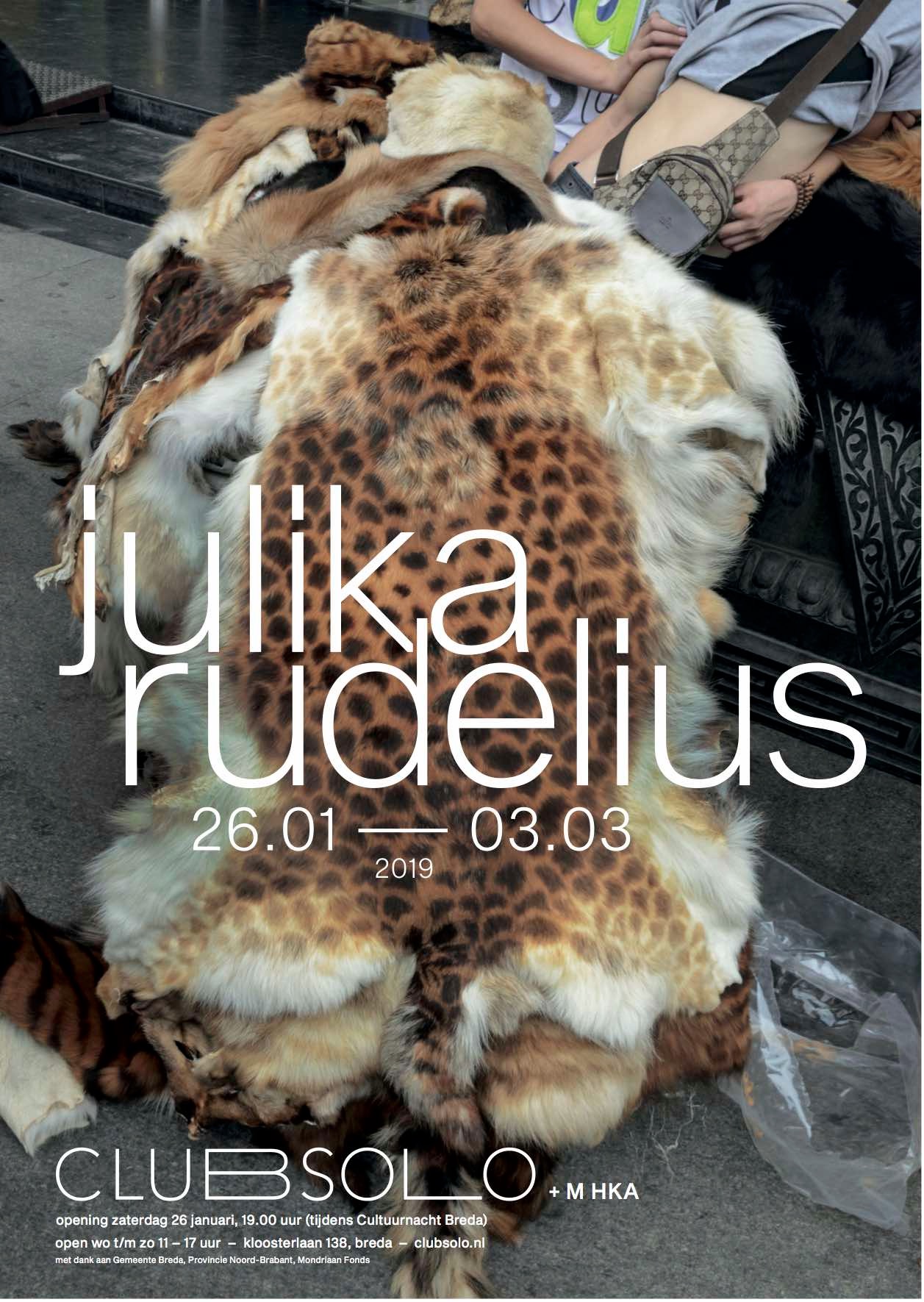 The oeuvre of Julika Rudelius (Germany, 1968; lives and works in Amsterdam) comprises films, videos and performances. Together, these make up an arsenal of boundary-breaking and outspoken works on themes such as money, beauty, emotional dependence, power, and abuse of power.

Her works often involve the financial elite and the way it affects society. She uses stereotypes and prejudices as a tool to focus her topics. Her characters are real people with real feelings, which we readily believe. But intimacy and expression are merely staged in her artificially scripted monologues. This is where Rudelius strikes a precise balance between attraction and repulsion.

Alongside three video installations, Rudelius will be showing a series of drawings for the first time at her Club Solo exhibition. This series introduces a new way of visual staging and stylisation. The drawings make up a personal assemblage about dependency, submission and indoctrination. They are based on memories and fears – experiences that can’t be captured on film.

Julika Rudelius is a tutor at artists’ institute De Ateliers, Amsterdam. She teaches at Yale University, New Haven (US).

M HKA will be responding to Rudelius’ exhibition by showing two works by Koka Ramishvili (Tbilisi, Georgia). He reacts to the changes in values he observes in society through a variety of media and themes. The series of black-and-white photographs War From My Window, 1991-1992 is a commentary on Georgia’s violent conflicts following the country’s declaration of independence in 1991. The black-and-white video Change, 2005 is one of Ramishvili’s most important works. It was also shown at the Venice Biennale of 2009. (www.rudelius.org; photo Julika Rudelius, poster design Berry van Gerwen.)