„‘Like Dining on Sawdust’: The 12th Berlin Biennale’s Lack of Imagination“ with Clément Cogitore

FRIEZE article about the 12th Berlin Biennale for Contemporary Art 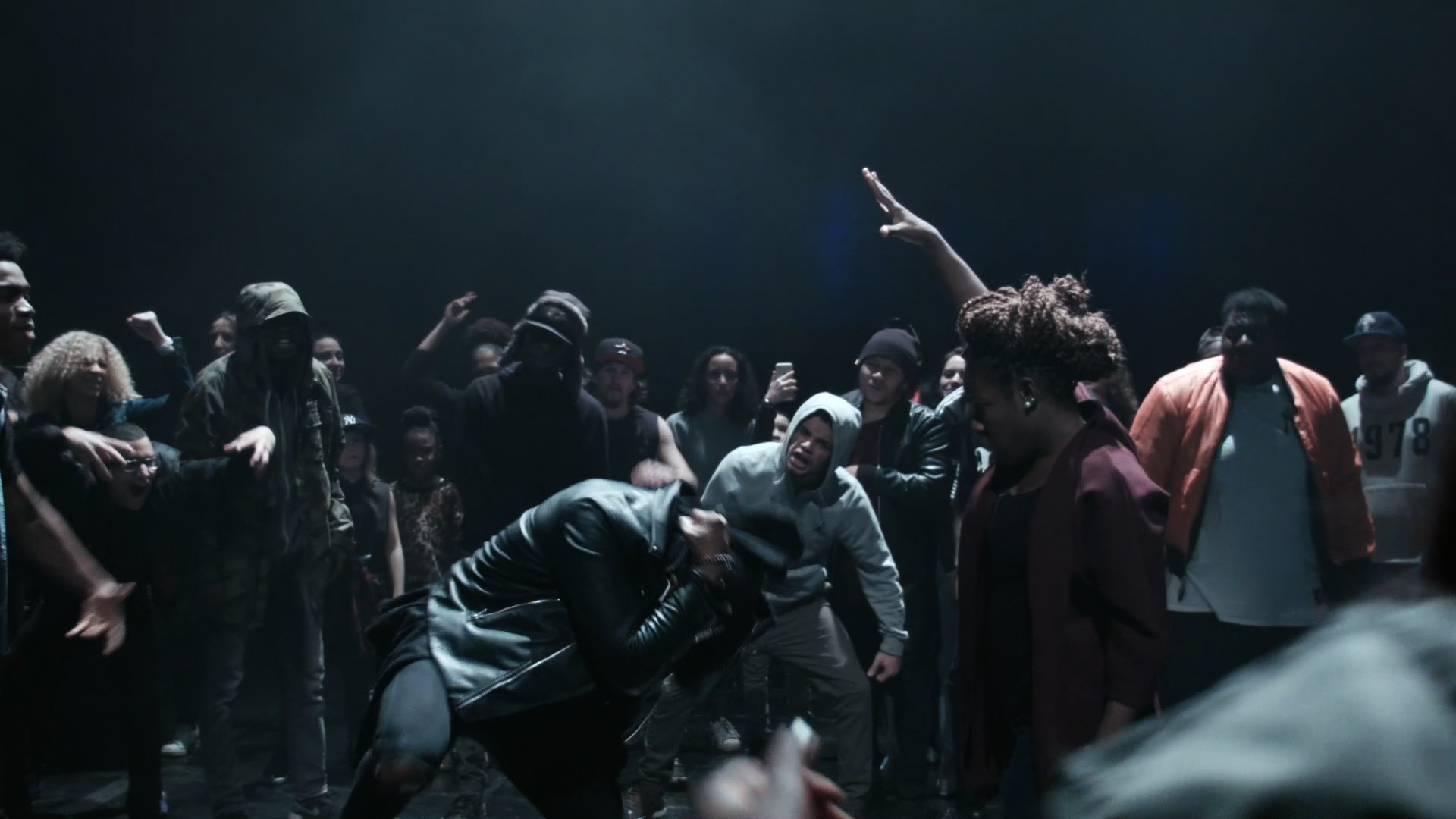 Despite some worthy presentations, this year’s edition adds little to the ongoing conversation about decolonization.

There’s a passage in Ariella Aïsha Azoulay’s sprawling textual installation The Natural History of Rape (2017/22), currently on view at the recently opened 12th Berlin Biennale, which reconstructs the post-WWII epidemic of sexual violence in Berlin. She posits ‘inaccessible, undeveloped or unacknowledged photos of rape’ as an archival placeholder for acts of violence that went undocumented but whose legacies persist. A similar sensibility pervades Etinosa Yvonne’s portraits and handwritten testimonies of post-conflict sexual abuse in north-eastern Nigeria (‘It’s All in my Head’, 2019–20). Diametrically opposite is Jean-Jacques Lebel’s graphically prurient labyrinth of blown-up images that reinscribe the horrors – and, in their invitation to callous consumption, the violence – committed by US soldiers at the Abu Ghraib prison outside Baghdad (Solvable Poison, 2013).

Azoulay’s proposition is a kernel that unfurls over the course of this biennial, titled ‘Still Present’, curated by French artist Kader Attia, which charts the familiar themes of imbrication of empire, extractivism and kyriarchy. Perhaps, in today’s politically charged German art scene, where the BDS campaign is legally considered antisemitic, it can be seen as radical to even acknowledge that Palestinian artists – of whom there are a number in the show – exist, even when the exhibition as a whole read as a joke in which a decolonial curator walks into a bar because it was set so low.

One curatorial thread examines the ways in which the generational trauma of French colonialism is metabolized in the body, most notably in Tuan Andrew Nguyễn’s four-channel video installation The Specter of Ancestors Becoming (2019) about the descendants of Senegalese tirailleurs who took Vietnamese wives. Also of note are Mai Nguyễn-Long’s delightful Vomit Girl (Berlin Cluster) (2022), clay sculptures inspired by Vietnamese Dinh architecture, and her unnerving installation of doll parts and plants in jars that recall specimens of Agent Orange-affected organs and foetuses (Specimen, 2014). As curator Abhijan Toto put it to me: ‘It feels like a biennial on its way to Paris that got lost and ended up in Berlin; decolonisation is not an imagination but a dogma here’. It would have been good to see work that addressed Germany’s own colonial atrocities in Namibia, Burundi and Tanzania – a subject that is markedly absent. Indeed, outside of North Africa, the continent largely appears as an historical reference in interstitial rooms of vitrined documents and artefacts at the especially joyless KW Institute for Contemporary Art and the stronger Akademie der Künste Pariser Platz. It’s a kind of ‘show your working’ curatorial gesture that only serves to invoke the suffocated, museological logic of an ethnographic museum.

At Akademie der Künste Pariser Platz, these vitrines feel especially redundant next to Moses März’s generous mappings of ideological affinities, including Community (2021–22) and The School of Mutants’ installation critiquing the effects of neoliberal institutions like the IMF and World Bank, All Fragments of the Word Will Come Back Here to Mend Each Other (2022). Mostly, however, the biennial is fragmented and dry-mouthedly rote: a dutiful massaging of the colonial archive with a sense of dining on sawdust. I’m left wondering who, precisely, this is for.

Still, there are some worthy encounters to be had. In Prabhakar Kamble’s Utarand (2022), four tiers of terracotta pots sit atop the cast-metal feet of agricultural workers, all crowned with symbols of casteist dehumanization painted Bahujan blue: a sanitation worker’s glove, a broom, a cow, a ceiling fan. In the series ‘136 Years Ago and Now’ (2019), Deneth Plumakshi Veda Arachige enacts a symbolic restitution by superimposing phrenological photographs of Sri Lanka’s indigenous Vedda people, sourced from various Teutonic archives, onto their ancestral landscapes.

I am likewise charmed by Asim Abdulaziz’s short film 1941 (2021), which features men knitting in a crumbling Hindu temple in Aden, with all the taut glamour of a fashion campaign; Haig Aivazian’s noir-ish animated allegory for the asymmetry of resource-access in contemporary Lebanon (They May Own the Lanterns but We Have the Light, 2022); and Clément Cogitore’s film of multi-racial, many-gendered dancers krumping to opera – a rare explosion of energy  — or well, just a pulse — in an affective flatline of a show (The Amorous Indies, 2017).

Even with all this looking backwards, there is refreshingly little empty nostalgia for the Bandung, for an uncritical Third Worldist embrace that can be so prevalent in this genre of decolonial biennial. A final thread gestures towards present-day fascism. Hasan Özgür Top’s The Fall of a Hero (2020), for instance – an enjoyable dissection of ISIS iconophilia and the adoption of a font beloved by the Hollywood-videogame-military nexus – as well as several works about Israeli apartheid, addressed most beautifully in Basel Abbas and Ruanne Abou-Rahme’s Oh Shining Star Testify (2019/22), a film about a 14-year-old shot dead by Israeli Defence Forces. The stated ethos of repair — in practice, of cold storage — that undergirds this biennial is oriented neither towards the past nor a ventriloquized future but towards an ongoing politics of decolonization that is still present, still necessary, but not happening here.