Joan Jonas Is Taking Over Tate Modern With a Headline Performance 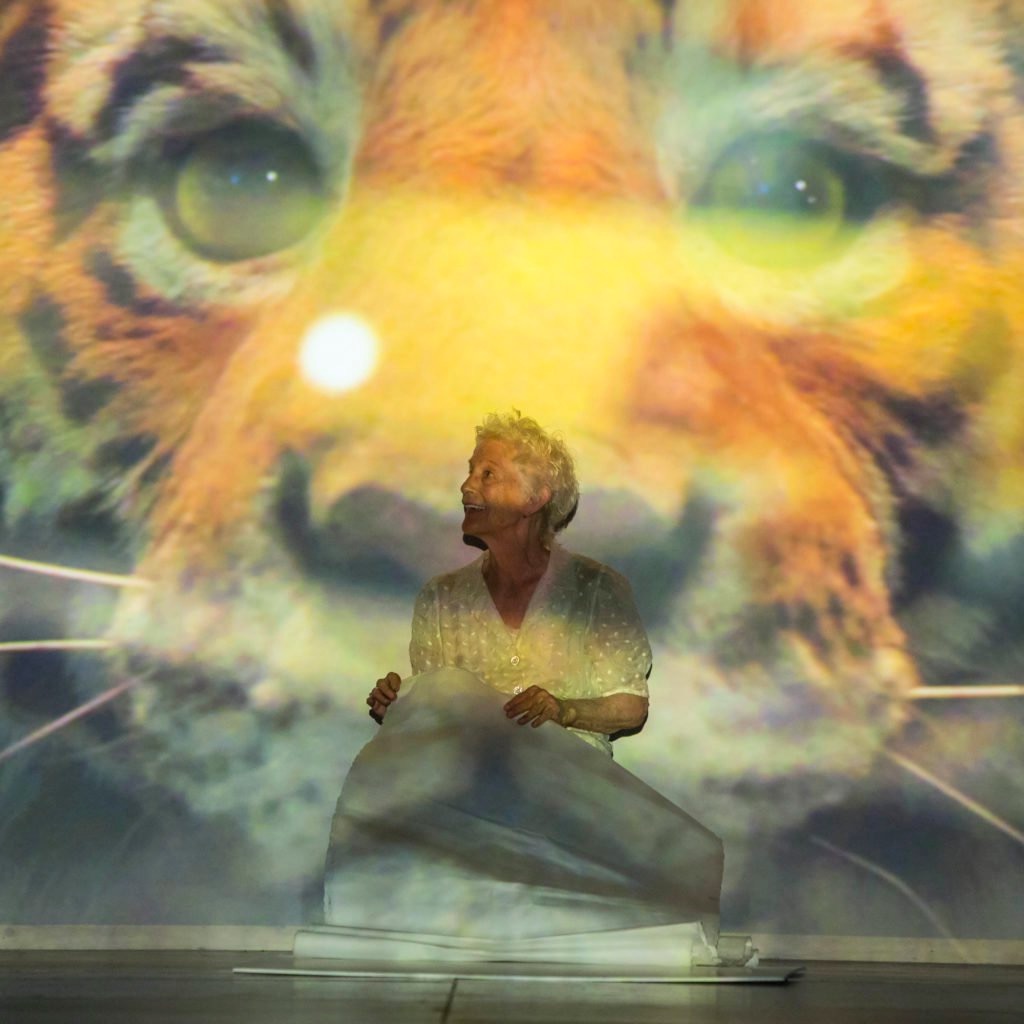 The veteran US artist will restage historic works as her retrospective spills out of the galleries and reaches the banks of the River Thames.
Joan Jonas will be in the building: animating Tate Modern’s galleries and its basement Tanks as well as appearing in person on the banks of the River Thames nearby. The US artist’s major survey show opens today, 14 March, at Tate Modern along with a retrospective of her films in its cinema. And Jonas is headlining the Tate’s second annual live program, which kicks off on Friday.

During Tate Live, Jonas will be performing in a version of her 1972 work “Delay Delay“, which will be staged outside the gallery at low tide. “It’s been quite a privilege to be able to work with Joan on revisiting historical works and remaking them,” said Catherine Wood, the Tate’s curator, contemporary art and performance.

The exhibition is the largest survey of Jonas’s work that has been staged in the UK. It covers the past 50 years of artistic production, presenting Jonas’s interdisciplinary approach and experimental practice, and includes important historic photographs and videos of her performances in downtown New York in the 1960s, as well as old, reconfigured, and new installations.

At the press preview for the exhibition, Tate Modern curator Andrea Lissoni said that Jonas “has incessantly continued to sample and reappropriate her own work, and to represent it throughout her career.” Co-curated with Julienne Lor from the Haus der Kunst in Munich, where the show will travel later this year, the survey moves through crucial installations such as “Lines in the Sand“ (2002/2005), created for documenta 11 in the wake of 9/11, and the more recent “Stream or River, Flight or Pattern“ (2016/ 2017), a sort of follow up to her work for the US pavilion at the 56th Venice Biennale in 2016.
Downstairs in the Tanks of Tate Modern, the converted oil storage tanks of the former Bankside Power Station, preparations are underway for the live performance program sponsored by BMW and jointly curated by Lissoni and Wood.

“We made Joan the focus of this year’s live exhibition… to really try to give people an experience of not only the gallery-based work that Joan made but really to share the ways in which she used a live theater situation to rethink what sculpture could be and to experiment with the video technology that she took on so early,” Wood said.
On the first two nights of Tate Live, Jonas will perform music composed for her work in conversation with her long-time collaborator, the jazz pianist Jason Moran. On nights three and four, three of Jonas’s most famous early works will be restaged. Alongside the new version of “Mirror Piece II“, a solo performance art piece originally starring Jonas called “Mirror Check“ (1970/2018) will be re-performed by a young artist, and Jonas herself will re-perform “Mirage“, which many argue was the first expanded cinema performance ever made by a woman artist, for the first time since 1976.

The final two nights will see performances from Sylvia Palacios Whitman, a peer of Jonas’s who is working with Robert Rauschenberg’s photographer son, Christopher Rauschenberg, on an experimental piece, and the London-based duo, patten. Turner prizewinning artist Mark Leckey will also execute an “exorcism” of sorts in a new work titled “Extended Exorcism of the Bridge @ Eastham Rake“ (2018).

“One of the key things that Joan has done is to think about myth and storytelling, moving back and forth between the past and present of her own practice, so there’s never really the historical object to conserve in a traditional way,” noted Wood of the selection of Jonas for the Live program. “Joan is always moving back and forth and remaking, rearranging, so there’s this live culture that’s inherent to how she thinks.” (Image: Joan Jonas: „They Come to Us without a Word II“, 2015. Performance at Teatro Piccolo Arsenale, Venice, Italy, 2015. Photo by Moira Ricci. © 2017 Joan Jonas: Artists Rights Society (ARS), New York: DACS, London.)