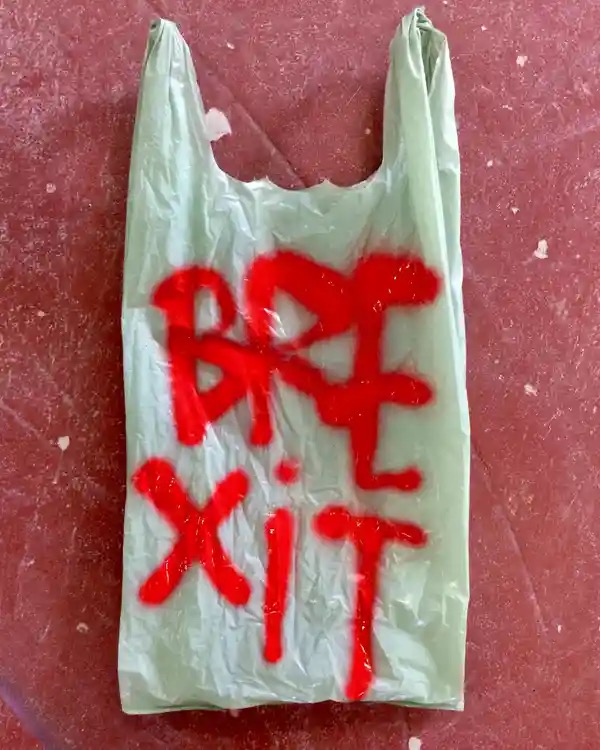 Artists on both sides of the Channel are being encouraged to beat the Brexit blues in a project exploring the new relationship between the UK and France. „I Love You, Moi Non Plus“ aims to highlight how the arts across all disciplines from painting, illustration, photography, music and writing can break down the borders thrown up by Britain’s departure from the EU. A number of celebrities including Brian Eno, Ai Weiwei, Stella McCartney, Jean Paul Gaultier, Tamara Rojo of the English National Ballet and the British contemporary artist Bob and Roberta Smith have already agreed to contribute their interpretations of what the British-French relationship means to them. However, the organisers are keen for the well known to serve as inspiration for everyone else to express themselves.

„In response to Brexit and the new borders now in place, the project seeks to highlight how art and creativity can maintain connections between communities across the Channel, unifying voices from across Britain and the EU,“ said a spokesperson for the Somerset House arts centre, one of the project’s partners along with the fashion chain Dover Street Market.

„I Love You, Moi Non Plus“ – inspired by Serge Gainsbourg’s 1969 hit with Jane Birkin – echoes last year’s lockdown competition inspired by David Hockney called Hope in Spring, dreamed up by Ruth Mackenzie, the chair of the London Arts Council. Mackenzie is also involved in this latest project, which she said aimed to remind people that Brexit was more than „an economic catastrophe“. „Art provides links between us that we really need right now,“ she said. „But artists have had no voice in these [Brexit] discussions. As in any divorce you have to pay attention not just to the economics, but the emotional bedrock.“

Among the early entries is a 2012 film by the Chinese artist Ai called Learning to Sing the Grass Mud Horse Song, which highlights how censorship and lack of freedom resonates with European and British artists who can no longer move freely between the UK and the continent.

The music producer and artist Eno has created an image merging the union flag and the tricolour, while the French director Mohamed El Khatib’s offering follows the red, white and blue theme with school lines reading „Je ne dois pas dire du mal de Boris Johnson“ (I must not say bad things about Boris Johnson). Théo Recoules of the Sabir agency, which is coordinating the project, said it was hoped the famous artists would inspire contributions from „ordinary citizens“.
„We want to hear from anyone, anywhere who have something to say about the unique relationship between France and Britain,“ Recoules said. „It’s open to all and we hope the entries will be as different as possible. Since 2016, the subject of Brexit has been treated exclusively by politicians in London and Brussels, while we citizens had very little voice to express ourselves.“

Work can be submitted by sharing it on social media under the hashtags #ILoveYouMoiNonPlus, #ILYMNP and #LifeAfterBrexit, or on the Dover Street Market website before the 25 February deadline. All submissions will be published online and the best will be chosen for an exhibition to be held in Paris and London when coronavirus restrictions are lifted. „I believe there is an artist in everyone, and like the David Hockney project it’s about finding that artist,“ Mackenzie said.

By Kim Willsher in Paris (image: A piece by the French artist Anne-Lise Coste.)